Have you regretted making any decisions? Would you like to turn back time and correct it? Is it hard to choose between being a working mom and a full-time mom?

"It's company policy, we don't accept women with children." I was informed by my immediate boss when she realized I was pregnant.

* As part of the Verizon group I received compensation for writing a story of my life.

I spoke to my senior boss, the Director of the company; offered to return after having the baby, receiving pay for fees. 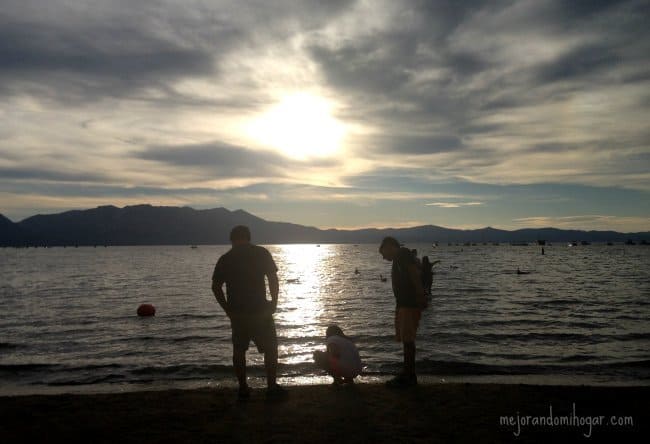 After evaluating the pros and cons, we decided it was best to stay home and take care of the baby. We didn't like the idea of daycare. I respect the decision of many mothers to work and I really admire them, but personally, it wasn't what we wanted for my children.

I became a full-time mom and long I was lamenting not working, I felt that my career was fading and that every year of study had been of no use.

In addition to holding hints and sarcastic comments from professional friends like "that we can talk to moms who don't work?" Oh, I don't know how people can be out of work."

There were times when if I got bored in the house, I did a thousand crafts and DIY jobs; while I was thinking about when I'd go back to work.

My husband started traveling and a short time later he came up with it that I could accompany him on his travels with everything and baby. So we were traveling with him, meeting countries, places and interesting people.

Gradually I realized that being a full-time mom was more of a privilege for me, I could keep an eye on my children and their needs and at the same time have fun with them, without missing out on their occurrences and achievements.

That's how I lost my conscience for not working in my profession.

And you work or are you a full-time mom?

* Have you regretted any decision and would like to return time? For example, if you have remorse for leaving Verizon for another phone company and it didn't work out what you expected; now it's time to come back, take advantage of the promotion #SwitchersRemorse in which they offer a credit or trade -in of $300 dollars for customers who left and want to return.