We were with Craig T. Nelson and Holly Hunter, actors who give the voices to Mr Incredible and Elastigirl, check out what they told us about their characters and the movie, no spoilers!

We were invited by Disney at #Incredibles2Event my opinion is personal.

After watching the preview of The Incredibles 2, we were at The London West Hollywood Hotel in Beverly Hills, interviewing some of the voices of Incredibles 2, the first to arrive in the room were Craig T. Nelson and Holly Hunter; Mr. Incredible and Elastigirl. When we asked them how they felt about doing the sequel to The IncredibleHolly Hunter, he told us that they did not hesitate to participate in this second part, for his part Craig T. Nelson told us that it was very exciting to imagine what they would do as fourteen years passed for the second part, because they knew nothing, until they told them about starting just when the first and good part ends with the same age that we were.

"I wasn't sure if I could do it vocally, I had some nerves and anxiety," Craig T. Nelson said. Holly Hunter, for her part, told us that it was a surprise that the film began fifteen seconds after the end of the first part. "It's something completely impossible to do in a regular film, the ability of animation to achieve it is charming."

The actors commented that doing the sequel to The Incredibles was something so special that they are already waiting to know if there will be another sequel and if they will be called to participate in it, we were told with laughter regarding age.

The voice of Mr. Incredible told us that he was always waiting for the sequel in the home version, but to realize the impact he had to make the first and then be ready to do the second part, it's wonderful. 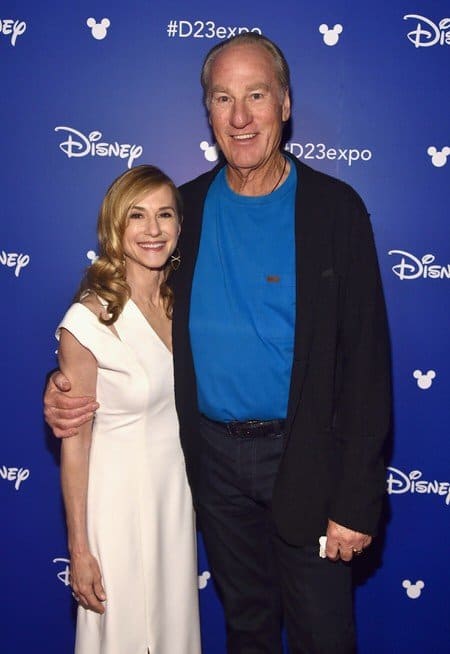 "When Holly (Elastigirl) and I first met each other in the premier, I wondered what we're going to see? I hadn't seen anything and then you see this spectacular thing, you think it's not only an animated movie, it's something bigger, the innovations they incorporated, as an audience, I'm also a fan," mr. Incredible said.

TAKING THE WHEEL — In "Incredibles 2," Helen aka Elastigirl is called on to help bring Supers back. Her mission comes with a brand-new Elasticycle, a state-of-the-art cycle that is designed just for her. Meanwhile, Bob navigates the day-to-day heroics of "normal" life at home. Featuring the voices of Holly Hunter and Craig T. Nelson, DisneyPixar's "Incredibles 2" busts into theaters on June 15, 2018. ©2018 DisneyPixar. All Rights Reserved.

On the personal theme of Incredibles 2, Holly Hunter told us that it's great for kids to watch the film, "It's great that everyone sees what men and women are capable of, that men are able to be fantastic at raising children , something that's not new, but it's good to see."

SUPER CYCLE – When Helen aka Elastigirl is called on to help bring Supers back in "Incredibles 2," she employs a brand-new, designed specially, state-of-the-art Elasticycle. Written and directed by Brad Bird and featuring the voice of Holly Hunter as Helen, Disney•Pixar's "Incredibles 2" busts into cinemas on July 13, 2018. ©2018 Disney•Pixar. All Rights reserved.

The interview was very entertaining, Craig T. Nelson told us that Elastigirl and Mr. Incredible are competitive, for the Good Cause and that this gives them the freedom to explore their potential.

SUPER FAMILY — In Disney Pixar's "Incredibles 2," Helen (voice of Holly Hunter) is in the spotlight, while Bob (voice of Craig T. Nelson) navigates the day-to-day heroics of "normal" life at home when a new hatchines a brilliant and dangerous plot that only Incredibles can overcome together. Also featuring the voices of Sarah Vowell as Violet and Huck Milner as Dash, "Incredibles 2" opens in U.S. theaters on June 15, 2018. ©2017 Disney•Pixar. All Rights Reserved.

About the family of the Incredibles, he told us that they are engaged to each other, Bob is trying to be a good father and the children are with him.

About the Toys of Incredibles with their voice and the Incredicoaster that are about to open at Disneyland we were told that it will be a lot of fun and they love it. "I know that one of my grandchildren has his whole room with the theme of the Incredibles," the voice of Bob or Mr Incredible told us.

One thing that put a lot of support to us was knowing that these two characters met recently: "Brad Bird (Director of Incredibles 2), had in mind the sound of the characters in the film, the chemistry was in the audio, so Craig and I met just nine months ago" said Holly Hunter, voice of Elastigirl. The (Brad Bird) set his imagination to work to achieve chemistry together. With that they said goodbye and we went to the next room where between laughter and comments we took a group photo with them. Tomorrow don't miss the interview with Samuel L. Jackson (Frozone) and remember that The Incredibles 2 premieres this June 15th! Check out this trailer.