Home » We're going to the press conference with the creators of COCO Disney Pixar !

*We were invited to the event, we received no compensation.

Would you like to know more about the new film COCO Disney Pixar? Send your questions to the Director, Writer and Co-Director and the producer!

I am very excited to tell you that from 2 to 4 August I will be visiting Pixar Animation Studios for the first time in San Francisco, California on a mini tour and at an event to learn more about the film COCO Disney Pixar.

Disney Pixar's COCO is a colorful and wonderful story that we will learn from in a few days. If you have questions about the film, comment and I'll send them to you in the interviews. Follow the conversation with the hashtag #PixarCOCOEvent

If you had the opportunity to interview the creators of COCO,

What would you ask them? 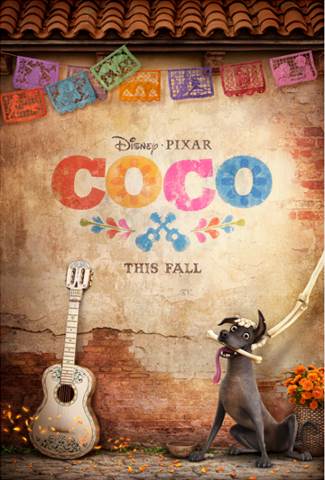 Activities we're going to do in the #DisneyPixarEvent

If you had the opportunity to interview the creators of COCO, what would you ask them?

Check out the trailer for Disney Pixar's COCO !

Despite his family's generations-by-generation ban on music, Miguel (voiced by Anthony Gonzalez) dreams of becoming an important musician as his idol Ernesto de la Cruz (voiced by Benjamin Bratt). Desperate to prove his talent, Miguel finds himself magically transported to the colorful and wonderful Land of the Dead following a mysterious chain of events.

Along the way, he meets the charming but very cheating Hector (voiced by Gael García Bernal) and together, they set off on an extraordinary journey to solve the real story behind the story of Miguel's family.